The microbiological contamination of diesel fuel is a particular problem affecting the mining industry. Sometimes known as ‘diesel bug’, the bacteria need water to thrive and in mines it is all too easy for water to enter a fuel tank either through direct ingress or condensation.
Indeed, condensation can be a major issue for mines in equatorial regions, given the significant variations in temperature experienced as well as problems associated with rainfall during the wet seasons. But in a bid to combat these contamination problems, a number of mining operations in Africa are now using Cyrus Eradicate fuel biocide.

According to James Wheeler of mine supplier Winchester Procurement, Cyrus Eradicate has been tried and tested successfully in the tropical environment of Sierra Leone.

“One major mining client has already made the decision to stockpile the product at one of its mines so it can be ready for future problems,” he says.
“Mines often rely on diesel generators for power and most vehicles will use diesel fuel, so an out of control problem with ‘diesel bug’ could cause the shutdown of an entire mining operation, which obviously would have a serious financial impact. Cyrus Eradicate is a successful product and the business relationship we have established with Cyrus Energy has already brought real benefits to the mining sector.” 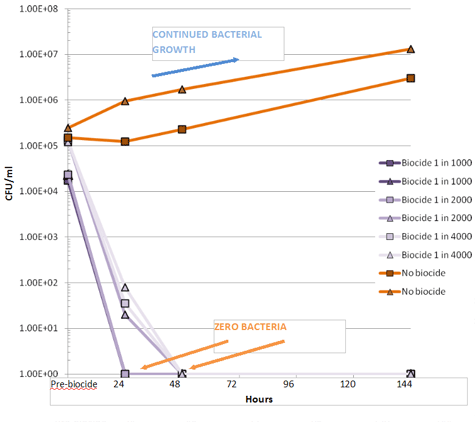